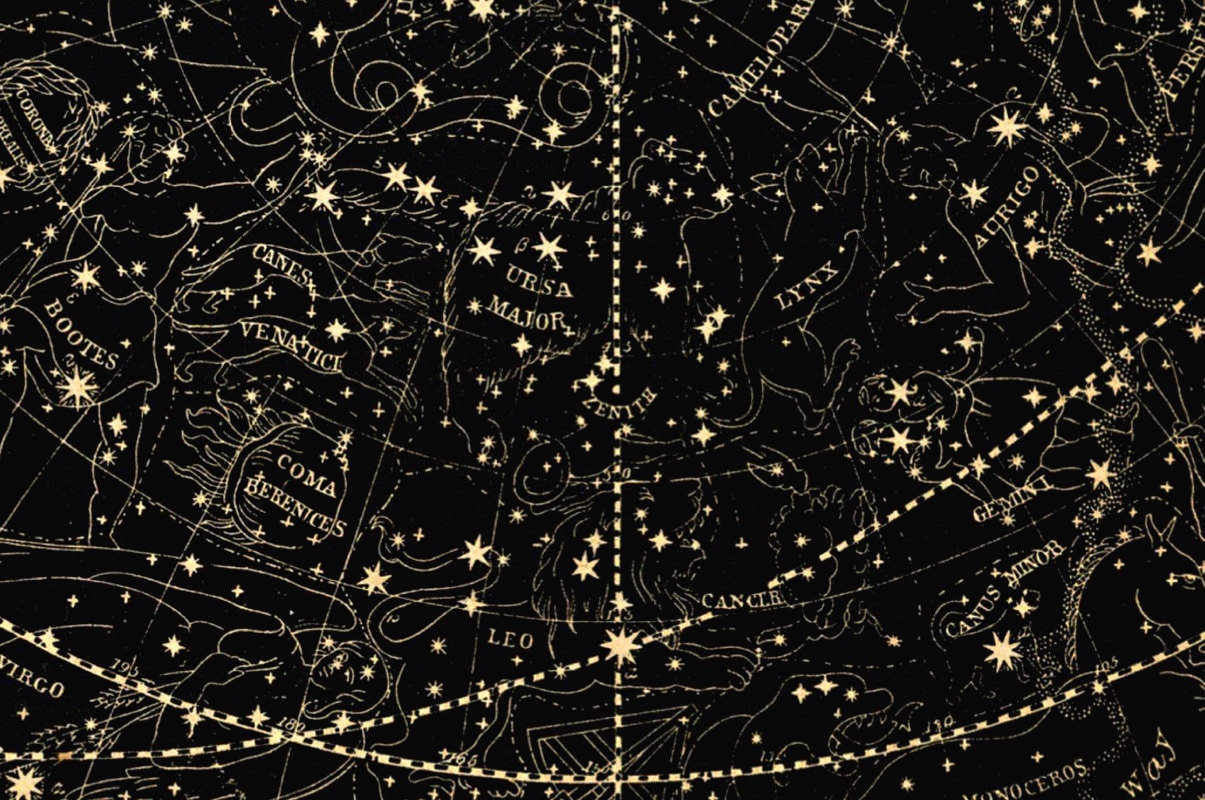 Our newest set of prints comes from Asa Smith's Illustrated Astronomy published in the year 1849, and considered one of the most important texts on astronomy in the 19th century. Smith was the principal of Public School No. 12 in New York City and spent the majority of three years writing and designing this groundbreaking text meant for use as a public school text. The book containes numerous illustrations in 50 lessons accompanied by text which aimed “to present all the distinguishing principles in physical astronomy with as few words as possible; but with such ocular demonstrations, by way of diagrams and maps, as shall make the subject easily understood.“ What’s remarkable is that every illustration was drawn by Smith himself, and engraved on wood blocks for printing. 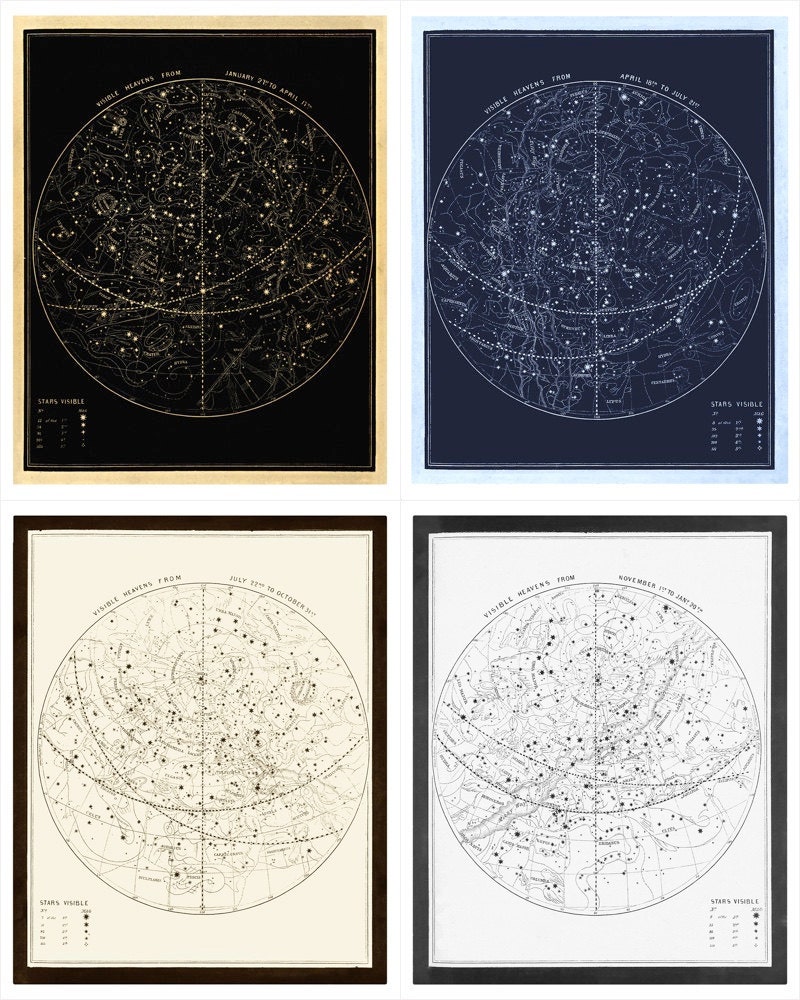 Today we feature a set of four of Smith’s celestial illustrations titled “Visible Heavens” featuring a night sky map from each season. The center of each map represents the zenith of New York, or any place situated on the parallel latitude of 41' North, featuring 1st-5th order stars, principle constellations, and zodiacs visible for each particular timeframe. Our exclusive edition is available in four colorways, and measures 18 x 24 inches.

Previous Post Love, Arson, and the City of Fire
Next Post Subterranean Fires & Waters - Geological Wonders
0 items in your cart