Celestial Map of the Universe (aka the Greatest Astronomical Map Ever)
Click here to add a hand-built frame to any print order!

Celestial Map of the Universe (aka the Greatest Astronomical Map Ever) 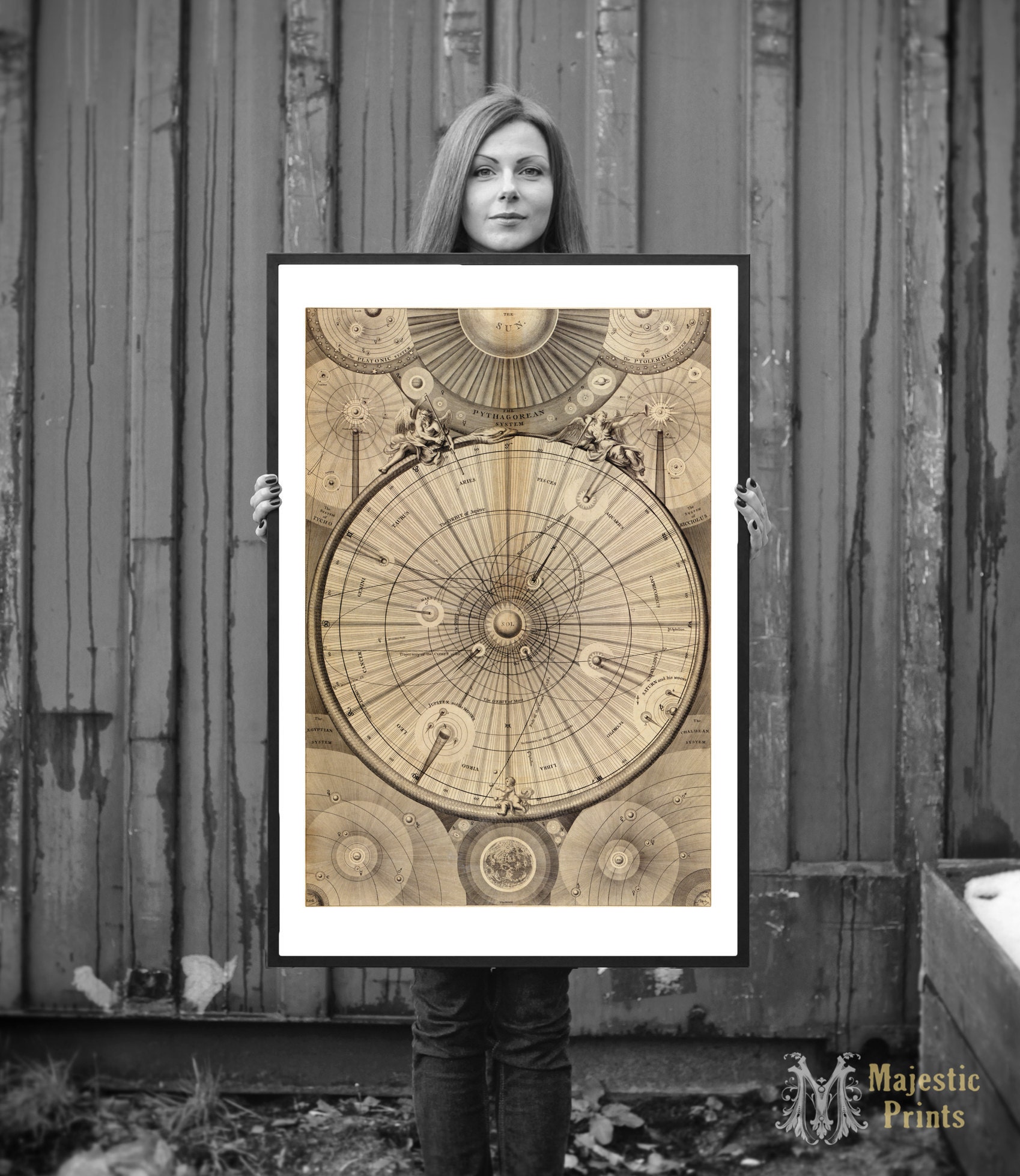 Today we pay homage to the map that kicked off our foray into the world of old maps and art prints, Thomas Wright's astrologic/astronomic "Celestial Map of the Universe". This is, hands down, one of the most striking celestial charts we've had the good fortune to gaze upon, and we felt a powerful urge to share it with the world. It's simply an astoundingly handsome peice that has survived to reach us from the year 1742!

This amazingly detailed engraving shows the known layout of the "heliocentric" universe surrounded by examples of previous astronomical systems:

In previous astronomical systems the sun was not considered the center of the universe, and often revolved around the earth. Tycho asserted a "geo-heliocentric" system in which the sun, moon, and stars circle an immobile Earth, while the planets circle the sun. Ptolemy assumed that the sun, moon, stars, and naked eye planets circled an immovable earth.

Thomas Wright (1711 – 1786), an English astronomer and mathematician, was first to describe the shape of the Milky Way and speculate that faint nebulae were actually distant galaxies. In studying the heavens above, Wright was one of many to come to the realization that Earth and the human race are insignificant and transitory parts of a vast universe.

He writes, "In this great Celestial Creation, the Catastrophy of a World, such as ours, or even the total Dissolution of a System of Worlds, may possibly be no more to the great Author of Nature, than the most common Accident in Life with us, and in all Probability such final and general DoomsDays may be as frequent there, as even Birth-Days or Mortality with us upon this Earth."

I can't tell you how often we've been humbled by the same sense of awe, wonder, and insignificance that Wright felt while gazing up at our star packed night sky. We become just as entranced when passing by this amazing art print on our office wall. It's always a topic of conversation and a source of pride having restored the image to be suitable for print.

Our exclusive restoration of this astronomy print is brought to life on museum quality, heavyweight paper stock, and is printed using top quality ink rated "lighfast" for 100+ years. We think you'll be proud to display this perfect piece in your home too. 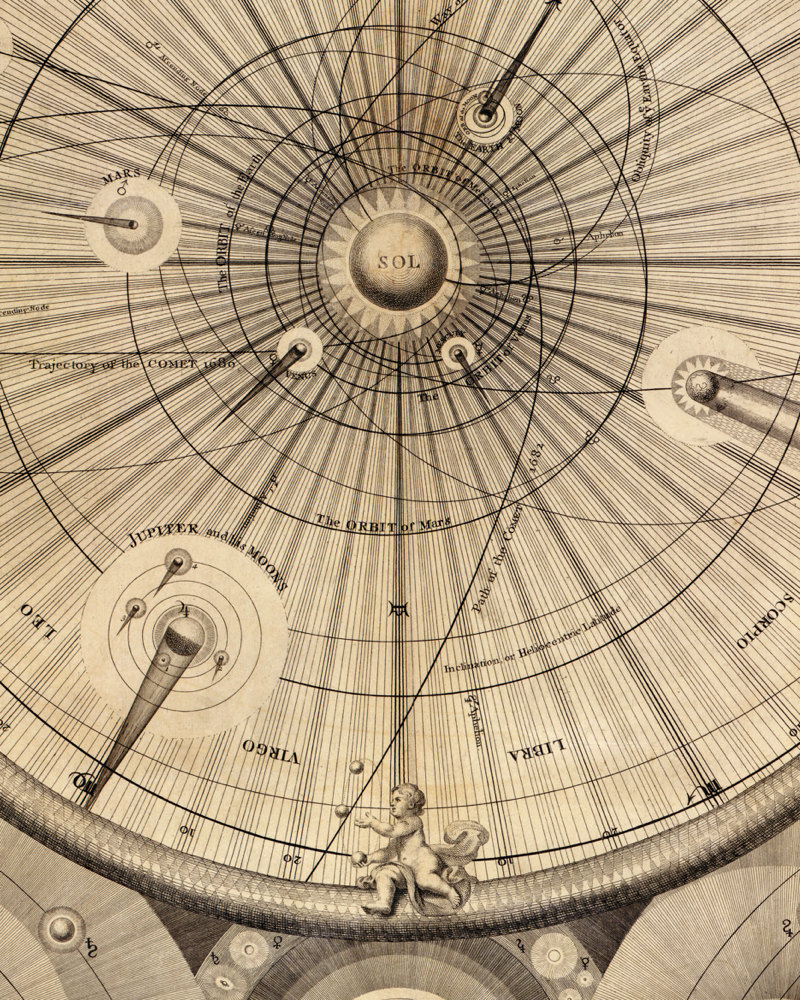 Previous Post The Face of Christ in an Amazing Continuous Line Engraving
Next Post Love, Arson, and the City of Fire
0 items in your cart