The Face of Christ in an Amazing Continuous Line Engraving
Click here to add a hand-built frame to any print order!

The Face of Christ in an Amazing Continuous Line Engraving 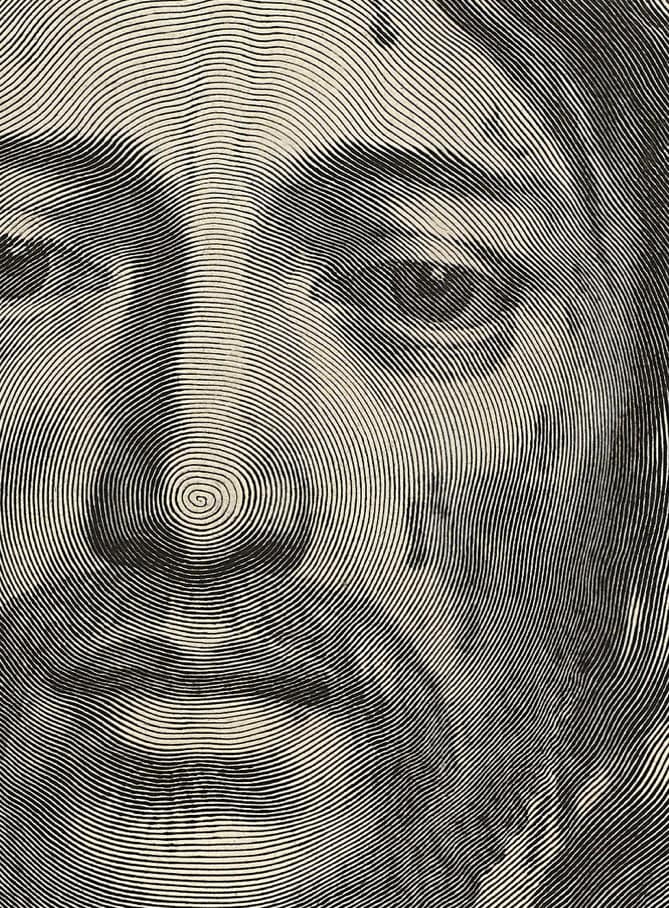 This image has been in our line-up for some time now, and today we're pleased to bring you this unique wonder of the engraving arts, the "Veil of Saint Veronica" - the image having been inspired by the  religious relic of the same name, thought to still be housed in the  Basilica of St. Peter. 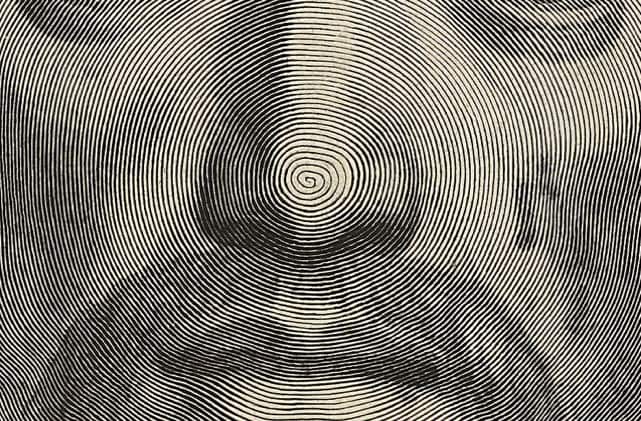 This amazing copperplate print was carved by master engraver Claude Mellan in 1649, using a single continuous line that spirals out from the tip of the nose. He achieved variations in form and shading by varying the thickness of the lines and the width between them. One could stare for hours at this marvel of engraving just following the single line around and wondering where, if ever, the artist lifted his tool or how he maintained such a consistent spiral.

The image bears the words "Formatur Unicus Una", loosely translated from the Latin as "formed only by one". 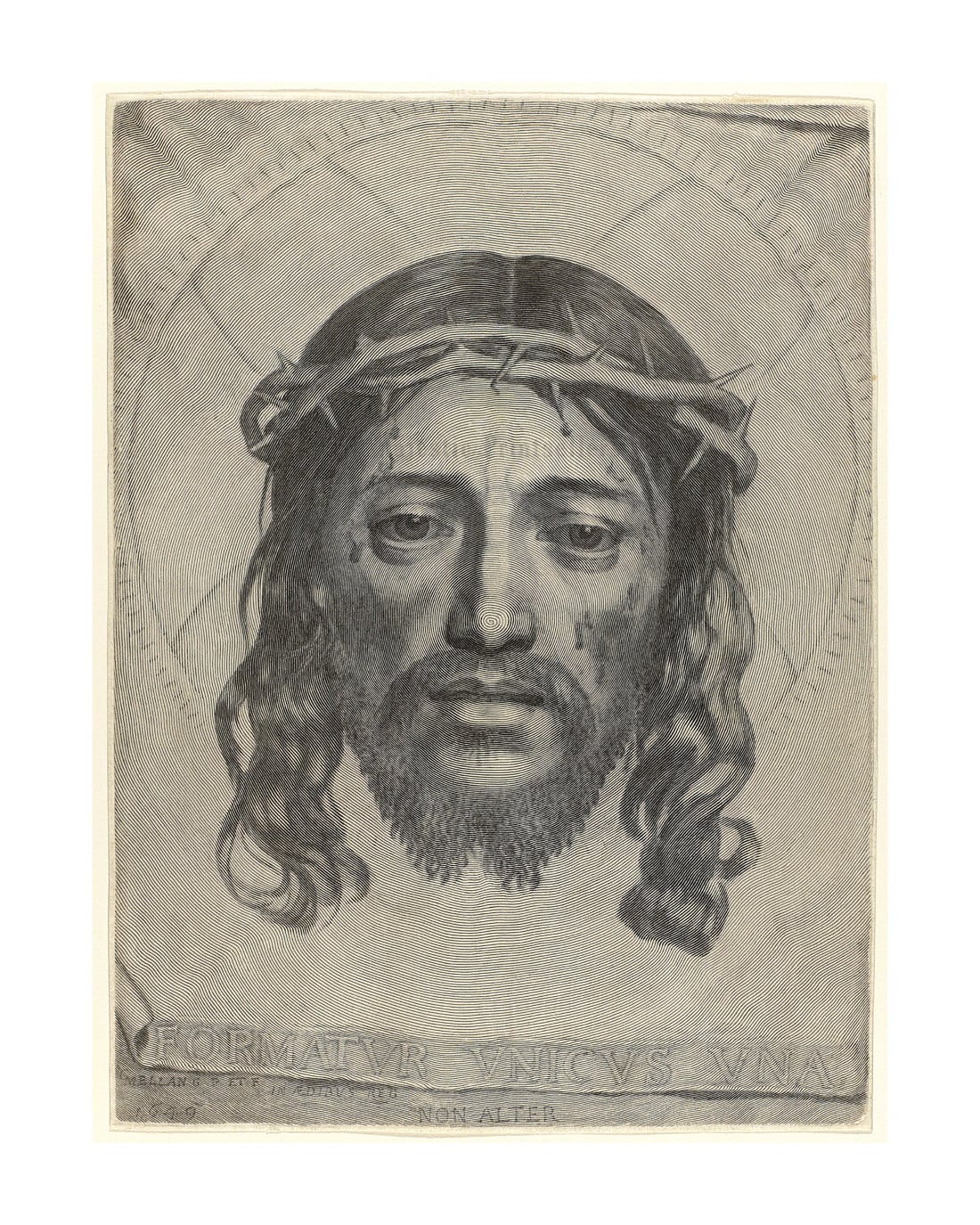 According to legend, Saint Veronica (Beronike), a pious woman of Jerusalem, had encountered Jesus along the Via Dolorosa as he carried his cross to Golgotha. She took pity on him and offered her veil that he might wipe the blood and sweat from his face. Jesus accepted, held it to his face, and returned the veil - with his image miraculously imprinted in the cloth. "The Veronica", as it came to be known, was the original relic thought to bear the image of Christ,  even preceding the Shroud of Turin.

The name "Veronica", as attributed to the woman of legend, only came to be known as such during the Middle Ages. Before that time it had been known as the Vera Icon, the Latin words for "true image". Popular imagination soon mistook this word for the name of a person and attached thereto the several variations of lore that now surround it.

Buy this unique religious art print in the shop. 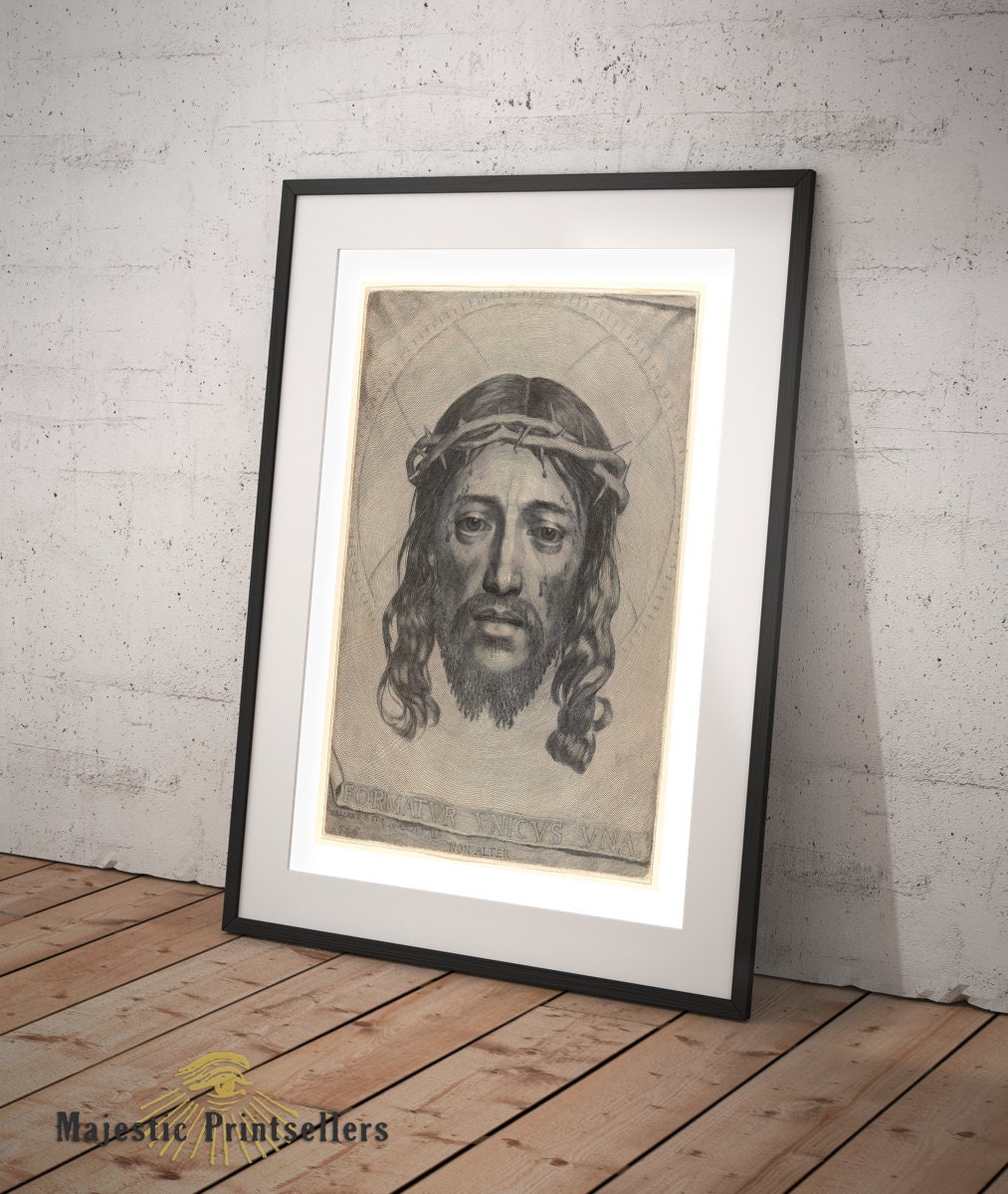 Previous Post Oedipus on Murder, Incest, Fate, and the Riddle of the Sphinx
Next Post Celestial Map of the Universe (aka the Greatest Astronomical Map Ever)
0 items in your cart